While it’s widely known that The Walking Dead films in and around Atlanta, one thing that people may not know is how close downtown Senoia (the town that doubled as Woodbury) and the Alexandria Safe Zone set really are and how close filming will be when they resume today (May 4th) to film Season 6.

As I watched the final episodes of this season, I found it hard to wrap my mind around the fact that I have stood outside the walls that Rick and his people want to live behind, but when I stood there, I was on the opposite side of the road, almost standing in Woodbury. 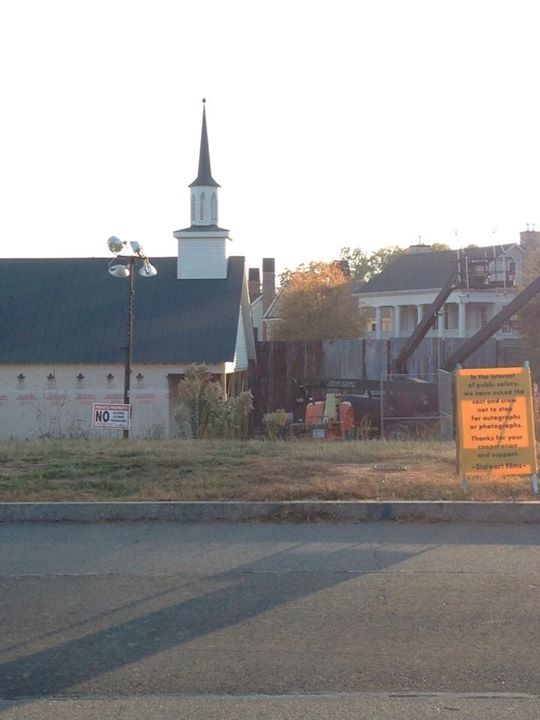 This was back in October of 2014 when they were probably just beginning to shoot some of the more recent episodes—the episodes set in Alexandria. My friend and I stood across the street from this strange wall with houses inside and a half built church standing outside of the fence, the steeple the only thing visible from the other side, the side with the actors and cameras and secrets. A man with a high-visibility jacket stood on the other side of the road, guarding the set from people like us who wanted to see what was happening and spoil the magic. We could see people walking to and from the white trailers parked outside of the fence, and one of the little boys who were standing there swore he saw Eugene (Josh McDermitt) walking around. We couldn’t believe it because this was just after Season 5, Episode 5 “Self-Help” aired, and we didn’t even know that Eugene was still alive. 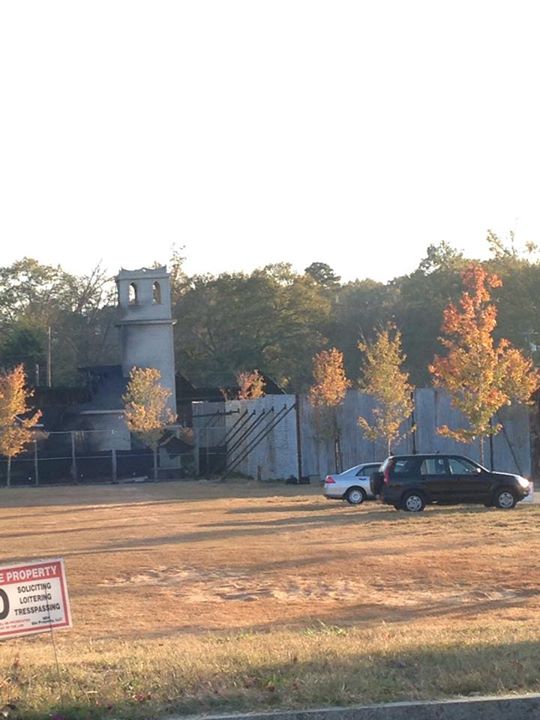 Thinking back to that day after seeing the past few episodes, it’s amazing to me that a place so close to another filming location and pretend that it’s a totally different state. We stood in Senoia, Georgia looking at a wall that, once a camera captured it, would be in Alexandria, West Virginia. And it makes me happy to know that even though we can see these places—the places were shows are filmed and movies are made—they’re just places until the characters do something in them. That’s something that I’ve noticed with Atlanta Movie Tours: we can take you to these places, but the only reason they are alive in your memories is because a fictional character in a fictional universe decided to do something there. 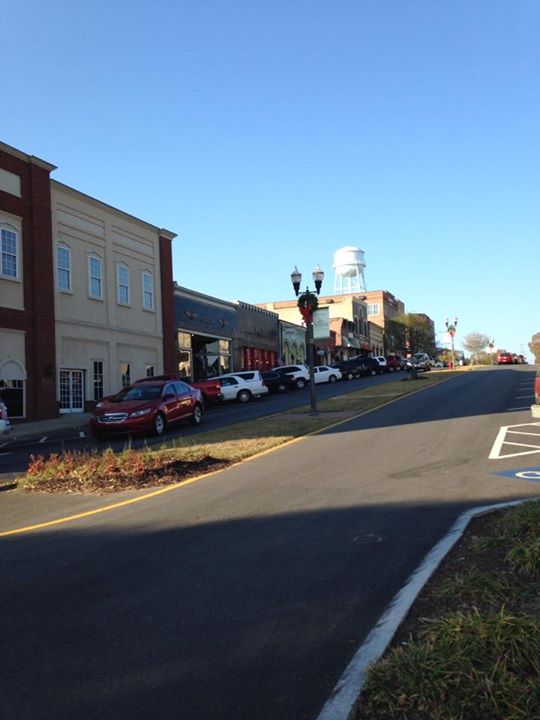 And it’s amazing that even though I could see where the filming was happening, I was just as surprised as everyone else when the final episode aired.

See Senoia and other Walking Dead locations around Atlanta on our Big Zombie Tours, Part One and Two.