“Ring” in a New Year of Movies and Shows

The Walking Dead had its mid-season premiere this past Sunday and was watched by 12 million viewers. Some of those viewers were watching alongside AMT at Smoke Ring at our “Rise Up & Hook Up” watch party. And even though audiences were assured that going forward TWD would be less graphic than the infamous Glenn and Abraham scene at the beginning of this current season, that didn’t stop them from coming back after the mid-season hiatus. As Rick’s group against the Saviors grows, that promise of less graphic content only makes us wonder how the upcoming conflicts will be resolved. And with this new group’s assistance will Negan finally be defeated, or will his story arc continue?

It’s no secret that AMT takes pride in the projects that our Insiders are involved with. And it’s always exciting to see them on screen, especially in The Walking Dead. After the party when we were able to see a still of the Walkers, we saw two of our Insiders, Stephanie and Patrick, and in Hilltop, we saw Josh! 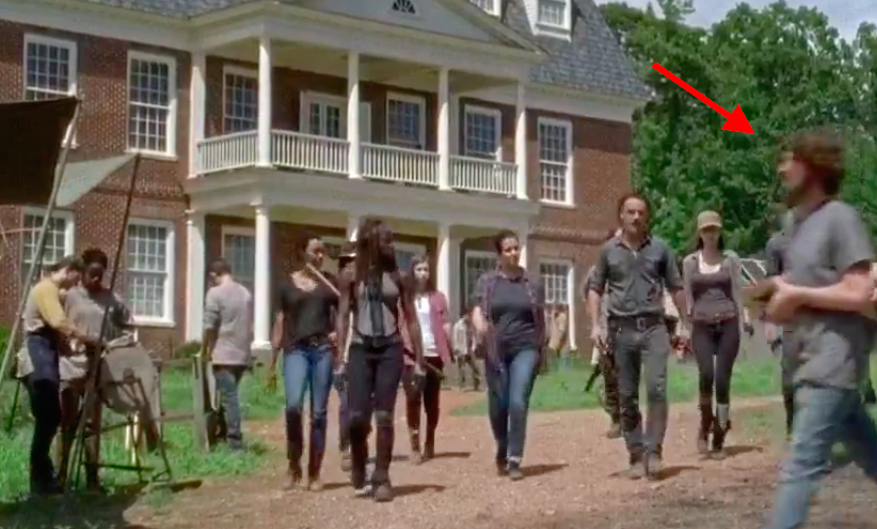 In movie news, the Atlanta-filmed horror movie Rings is now in theaters. The new film is a sequel to the widely popular movie The Ring, a film that left a few of our Insiders sleeping with the lights on when it premiered back in 2002. Now after The Ring Two in 2005, the franchise is back along with Samara’s video that will kill you in seven days. The film does a nice job of bringing the technology originally used into 2017, and the scare-factor is still there when an iPhone rings and a creepy voice whispers “Seven days.” 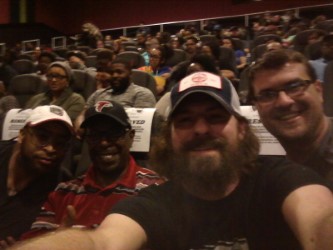 The next time you see a movie in Atlanta that was filmed here, be on the look out for our AMT Insiders who might just be in the audience. When Rings premiered, Insiders played trivia with the audience of a local theater and enjoyed the movie along side them all while making mental notes of the Atlanta locations that we can share with guests. We are very excited that the film is out now because one of the stops on our Best of Atlanta Tour is the basement of Miller Rexall’s Drugs where several scenes from Rings were filmed and where the remnants of the movie set are still standing. Guests get to see firsthand how detailed and convincing a set is even before there are lights set up and CGI terrors inserted.

You can come experience the world of Rings and The Walking Dead by joining us on Best of Atlanta or any of the Big Zombie Tours; tickets are available on our website.