Ghosts, Mutants, and FOX, Oh My!

On September 28th, FOX hosted a double feature preview screening for The Gifted and Ghosted at Regal Atlantic Station. Fox 5 Atlanta anchor, Tom Haynes, introduced the shows and was joined by a few special guests: the cast of The Gifted! 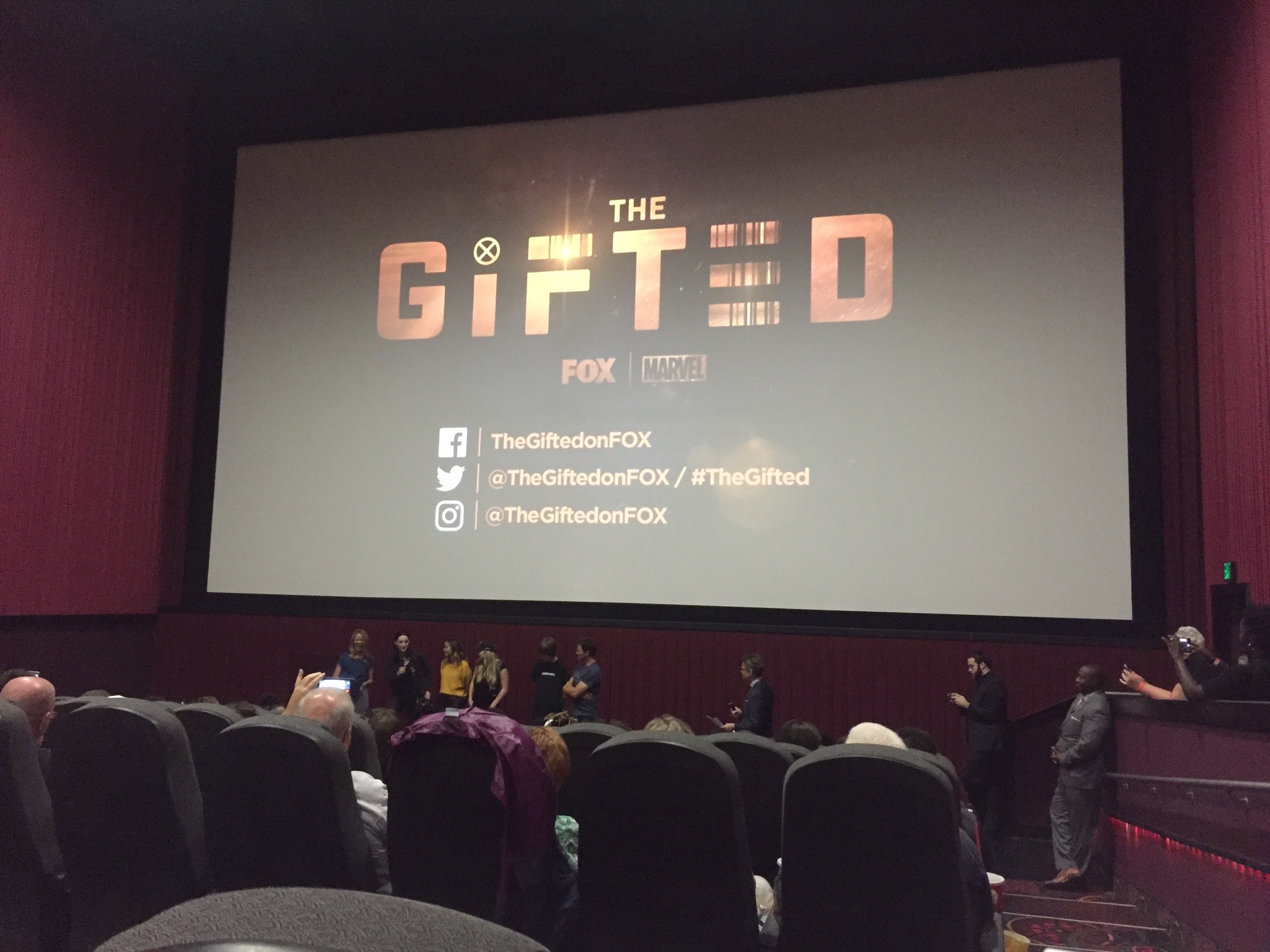 Stephen Moyer (True Blood), Amy Acker (Person of Interest), Natalie Alyn Lind (The Goldbergs), Percy Hynes White (Night at the Museum: Secret of the Tomb), Jamie Chung (GOTHAM) and Emma Dumont (Aquarius) were all in attendance. Dumont was still in costume, rushing from the still-live set, where she had just finished filming a scene.

Produced by 20th Century Fox in association with Marvel TV, they have been filming for a few months in Atlanta, under the working title, “Heaven,” which can be seen on yellow production code signs around the city. Connected to the X-Men franchise, if you love watching fast-paced superhero movies, this is your show! It helps that we were watching it with the cast, but still amazing!

You can check out the first six minutes of The Gifted below. You may recognize a few spots already if you are an Atlanta native.

Another soon-to-be-released FOX show, Ghosted was also screened at Regal Atlantic Station. Ghosted is a supernatural sitcom that follows a “true believer” genius (Adam Scott) and a skeptic mall cop (Craig Robinson) who are recruited by a secret organization, called The Bureau Underground, to investigate a series of “unexplained” activities in Los Angeles. It was funny, quippy, and had a lot of ‘80s themes sprinkled throughout it.

Tune in to the FOX network on Monday, October 2nd at 9/8c for The Gifted and Sunday, October 1st at 8:30/7:30c for Ghosted. And be sure to check out our Hero Tour for a behind-the-scenes look at The Gifted and all of the other superhero films and shows that were made in our backyard…literally, it is about 100 feet from Atlanta Movie Tours headquarters and retail shop in Castleberry Hill.