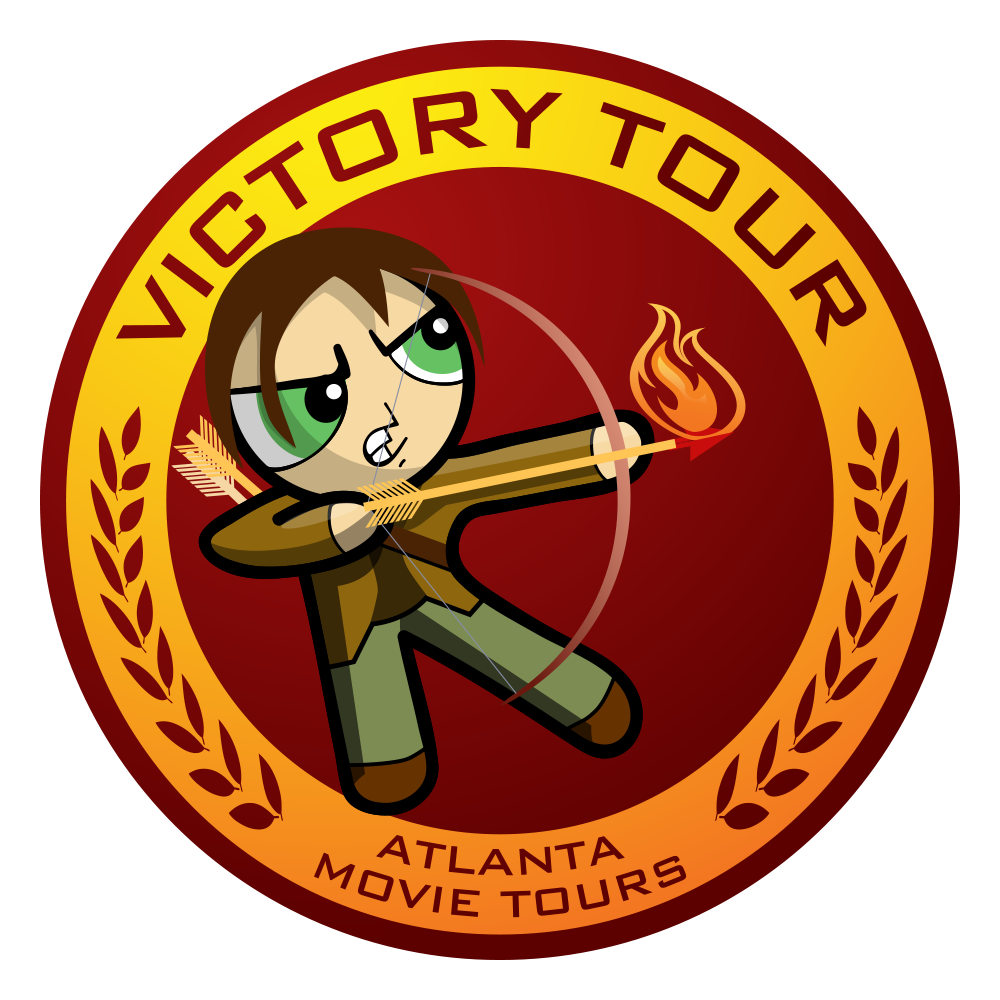 One of the most recognizable quotes from The Hunger Games by Suzanne Collins is “May the odds be ever in your favor.” This line said many times throughout the books and movies seems to have become somewhat of a mantra in Atlanta and the “New Hollywood” aspect of the city.

I am a new intern with Atlanta Movie Tours and was given the opportunity to tag along on our new Victory Tour last weekend to see filming locations from The Hunger Games: Catching Fire and Mockingjay Part 1. And during that tour, I kept thinking about how amazing that the city of Atlanta had the chance to become the background to one of the highest grossing movie franchises of all time. 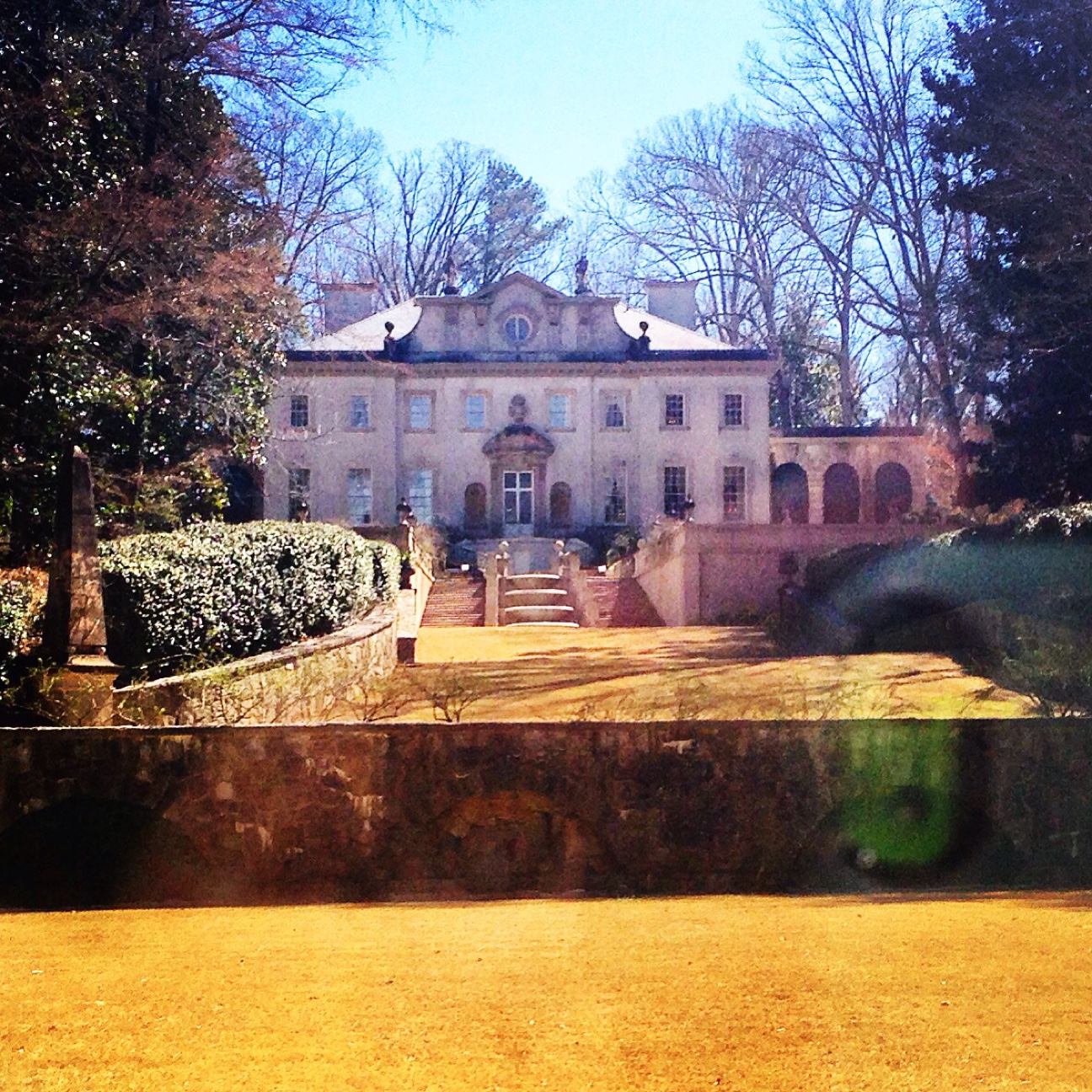 As we cruised along in a bus equipped with movie screens and microphone speakers that held twenty excited tourists, I began to notice the city around me through a camera lens. One thing that allowed me to do that were shown the movie clips that corresponded with the locations that we saw—which was fantastic for people like me who were a little fuzzy when it came to the movies. Another thing that made this possible was our tour guide Kathryn who had been both on movie sets as an actress and in a classroom as a teacher. She shared information with us through stories and trivia tidbits while pointing out things like where the stars stayed and, of course, the locations that were used in the filming of the movies. 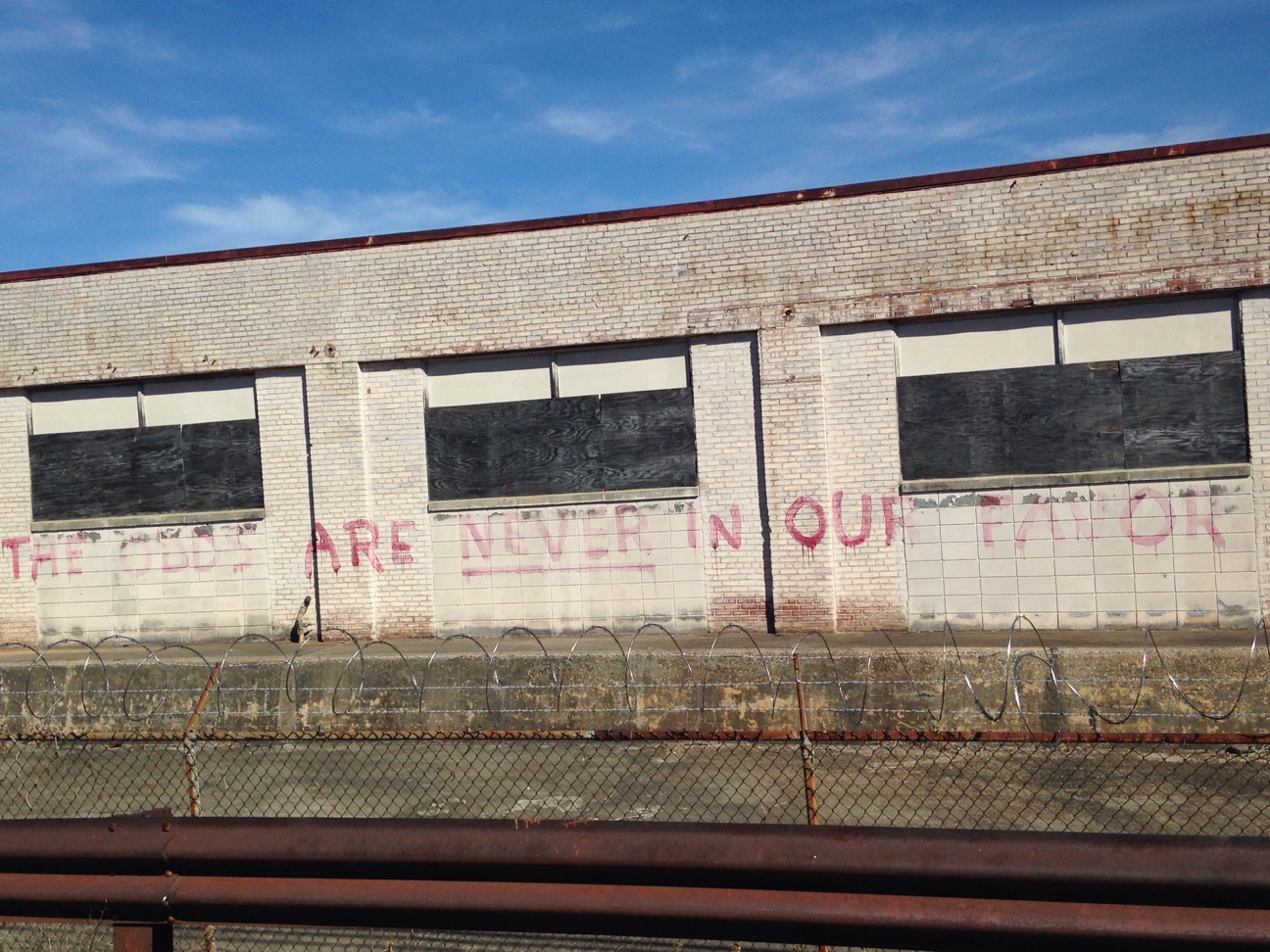 The Odds are NEVER in our Favor

We saw hidden gems scattered throughout the city: graffiti left from the movie’s filming, the hotel that doubled as the tributes’ training center, an artistic community turned District Twelve, President Snow’s mansion. But when we got off of that bus, we came back into the real world. We had been through the games and travelled through a few of the districts to get back to reality in Castleberry Hill.  We left with knowledge of a world that only exists in shadows around the city—a world that is only truly noticeable on the silver screen.