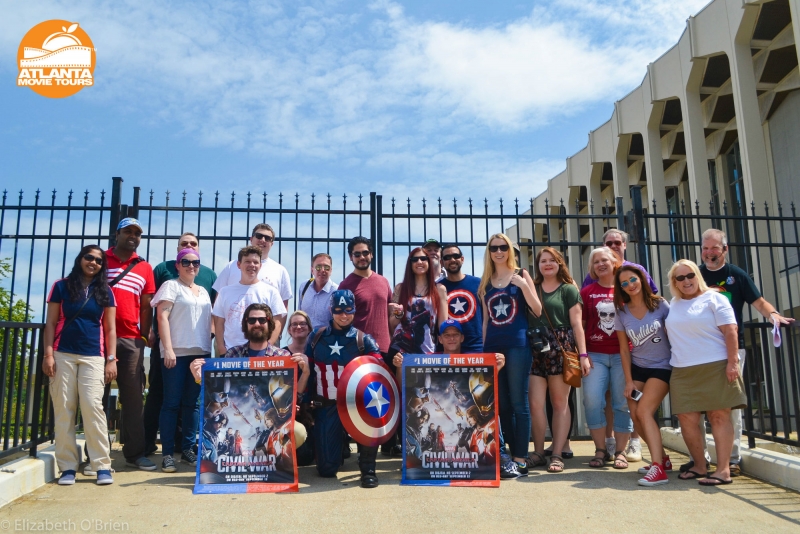 To celebrate the September 13th DVD release of Walt Disney Studio Home Entertainment’s Captain America: Civil War, we partnered with Disney to give 30 super fans and bloggers a chance to explore the Marvel Universe in Atlanta. 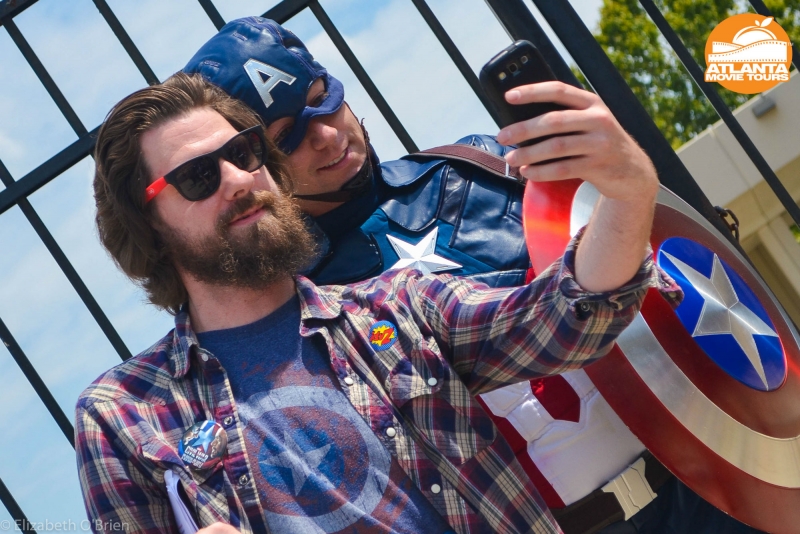 We boarded our bus, aka Big Blue, from the Atlanta Movie Tours shop in Castleberry Hill and set off on a journey specifically catered to the filming of Captain America: Civil War. Kent, Clyde, and Josh walked us through the ins and outs of filming on a Marvel set, both in the city and at the Avengers’ headquarters Pinewood Studios just south of the city in Hapeville. 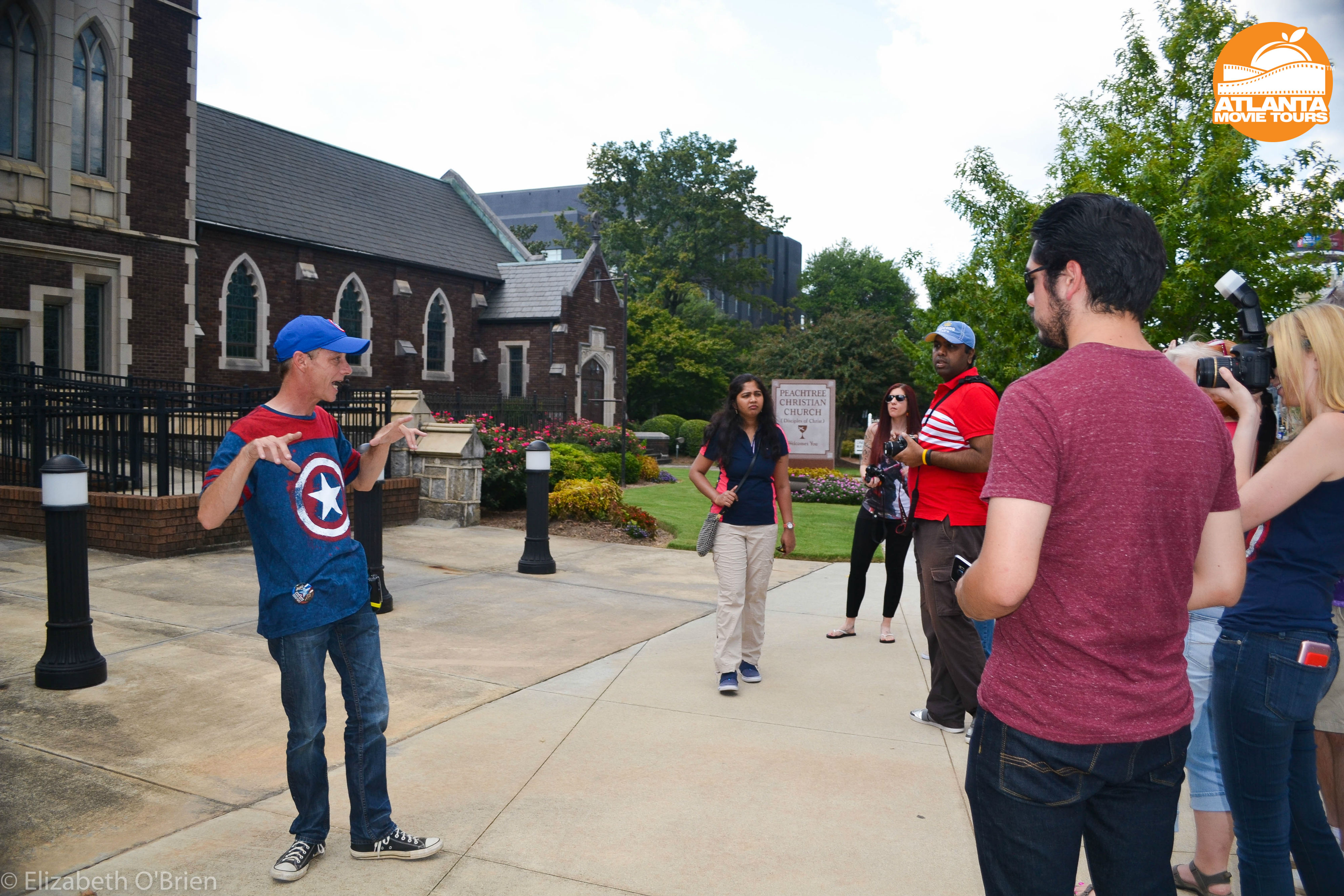 Our guests were excited about this new tour from the start but were surprised to see a special guest outside our stop at the Atlanta Civic Center which doubled as the Center for Infectious Disease in Lagos, Nigeria from Captain America: Civil War.  Steve Rogers stood in his Captain America suit outside the gate, shield in hand. We were so thrilled for our guests to meet the newest addition to our team, Jonathan Sellars, who joined us as our Cap impersonator. 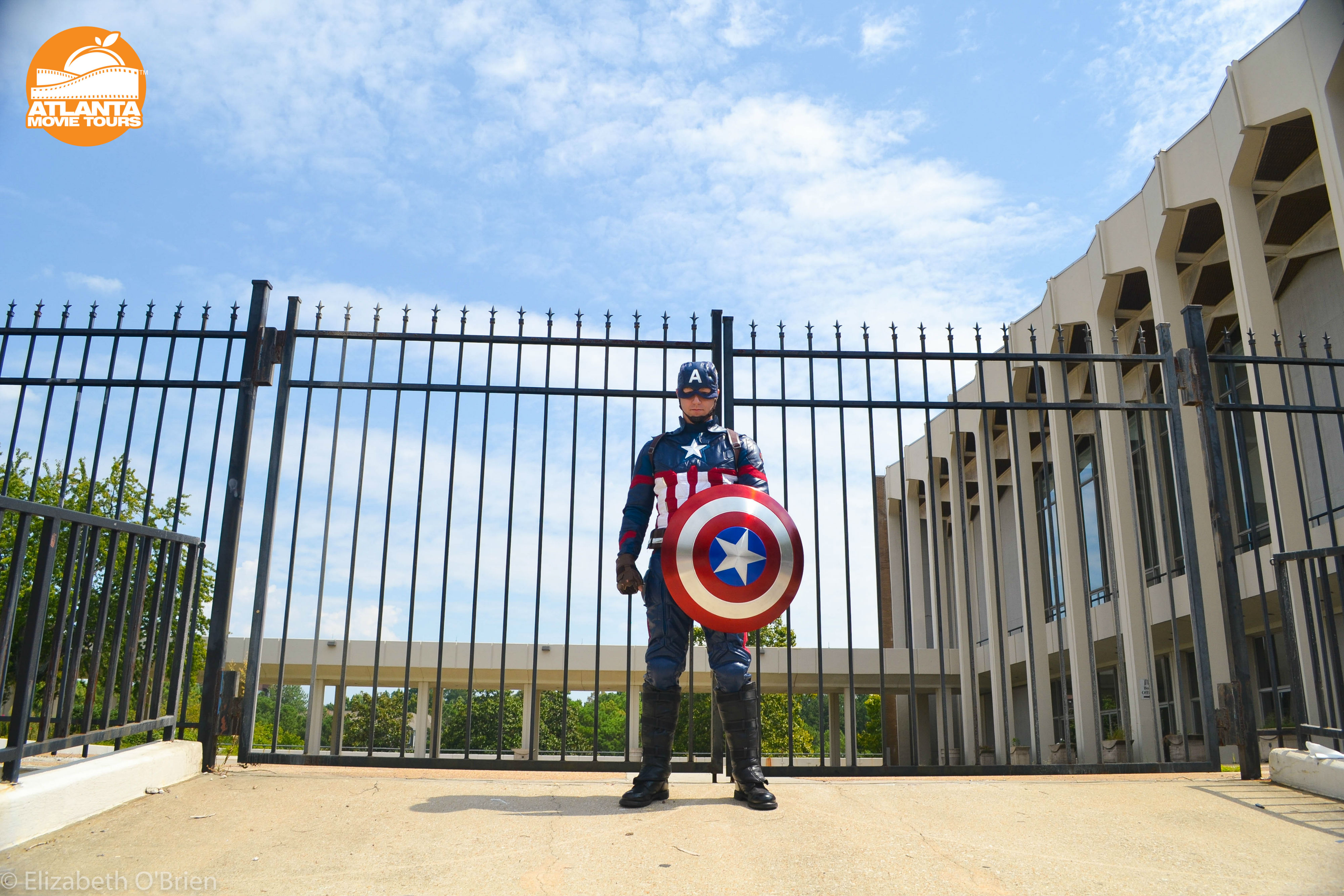 While the September 10th tour was largely focused on Captain America, we are excited to announce that Atlanta Movie Tours will be the home of a new Hero Tour! This new  three-hour-long tour will include never-before-heard stories from our Insiders who have worked side by side with Marvel to bring the worlds of superheroes to Atlanta, and it will start booking in November!
Tweet
Email this page to a friend. Email
Click here to visit previous post ← Previous Post Click here to visit next post Next Post →