History was made in more than one way Sunday at the 69th Emmy Awards. And while there were a few shocks to the Atlanta filming community, like the fact that the Stranger Things crew took home none of their 5 nominated Emmys, there were also monumental wins for Donald Glover and the cast and crew of the Atlanta-filmed love letter to our city, Atlanta. 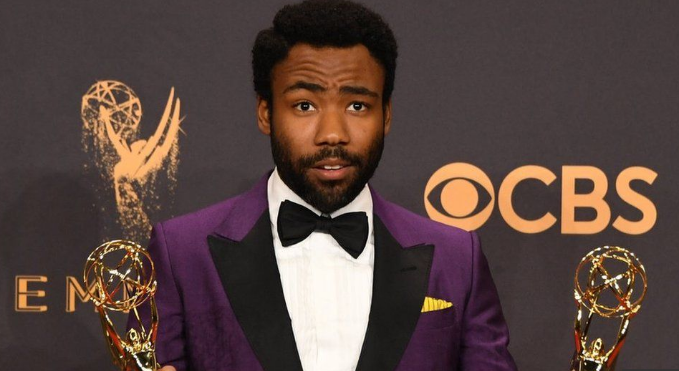 Donald Glover, aka Childish Gambino (If you want to know the story behind his musical name, our Insiders talk about it on our Atlanta Heritage Tour), took home the Emmy for Outstanding Leading Actor in a Comedy Series. This category was full of strong nominations, including Aziz Ansari, Zach Galifianakis, William H. Macy, Anthony Anderson, and Jeffrey Tambor. This was the first win for Donald Glover in the category.

Glover’s acting was not the only thing that as awarded during Sunday’s ceremony. He also became the first African-American actor in the award’s nearly-seventy-year history to win the Emmy for Best Director of a Comedy Series. 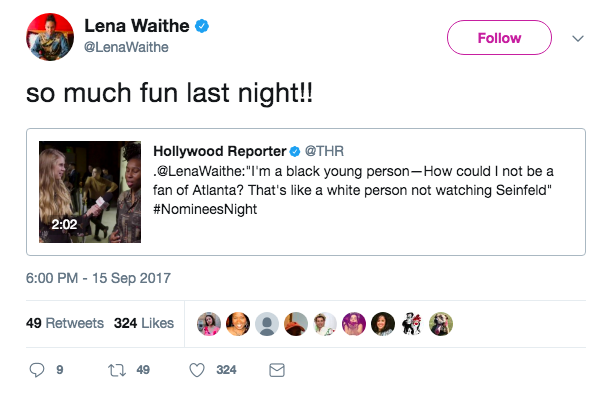 Glover wasn’t the only person to make history last night, Lena Waithe and Aziz Ansari won the Emmy for Outstanding Writing for a Comedy Series. When asked if she enjoyed the T.V. show Atlanta, Waithe responded, “I’m a black, young person—How could I not be a fan of Atlanta? That’s like a white person not watching Seinfeld.”

The Emmys this year steered toward the political realm, but the thing that stood out was the impact the actors were making in terms of diversity and the support they gave to fellow winners and nominees. And while certain shows, like HBO’s Big Little Lies and Hulu’s The Handmaid’s Tale, lead the way in numbers of nominations and wins, the memorable wins from Master of None and Atlanta will be what goes down in history, and Donald Glover’s wins will be what we share with fans on our Atlanta Heritage Tour. And with season two of Stranger Things coming out in October, we will have to wait until next year to see if our favorite Atlanta-filmed Netflix series will win awards of its own.