Skip to primary navigation Skip to content Skip to footer

The film industry is booming in Georgia, with over 1,500 movies and television shows filmed here since 1972. Atlanta has been fortunate to play a key role in many, including Ant-Man, Driving Miss Daisy, Captain America: Civil War, The Vampire Diaries, The Hunger Games: Catching Fire, Sully, Ride Along, The Hunger Games: Mockingjay parts 1 & 2, and The Walking Dead.

Since 2012, Atlanta Movie Tours has been providing a whole new way to see the city for visitors and locals alike. Our tour guides share behind-the-scenes details and stories from movie and TV sets they’ve actually worked on! These professional actors are the perfect guides to give you an unforgettable tour you won’t experience anywhere else. Book a tour today and see for yourself! Get to know the awesome Atlanta Movie Tours team below, and book your tour today! 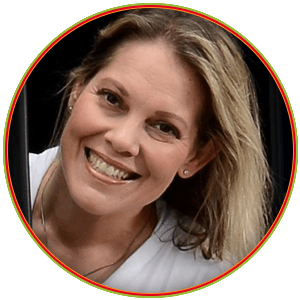 Carrie Burns is co-founder and CEO/Chief Movie Buff of Atlanta Movie Tours. She has been engaged in the Atlanta film industry for years, loves building experiences as well as showing off Atlanta and Georgia film. As a natural connector, Carrie often serves as a liaison between film and television crews working in “Atlanta’s backlot” of Castleberry Hill, which sparked her initial interest in the filming boom in Georgia.

She is dedicated to closing the gap between crews, neighbors and local businesses in order to create a symbiotic relationship for all involved during filming and keep the fun (and incentives) rolling in! Bringing film tourism into the mix in Georgia is a key focus of her day-to-day job and collaborating with other tour companies is a great bonus as she loves learning!

Moving to Atlanta from Miami many moons ago, she holds a Masters in Business Administration & Marketing from Mercer University and worked in web development for years. She serves as Southern Provincial VP for Delta Sigma Pi and is on the board of the Atlanta Convention & Visitors Bureau, ArtsATL as well as others. Her husband Steven and she have two rescue pups, are huge Atlanta United supporters, as well as being avid beach-lovers & scuba divers! As Shuri says in Georgia filmed Black Panther, “You haven’t seen anything yet.” 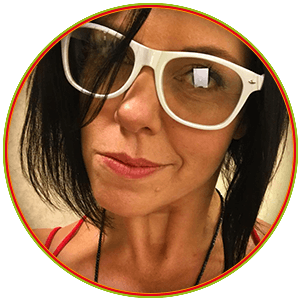 Anna has a background in cinema, costuming, and all things scary (or geeky). You can find Anna’s influence at work in movie tours around Atlanta or at play on the sci-fi conference circuit.

The mother of a teenage fashion designer and the wife of a learning strategist, creativity is never lacking in the Caraballo household. 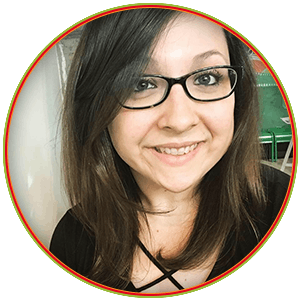 Carrie usually works behind the scenes of Atlanta Movie Tours as our office manager. There is not a task she can’t do! Handling most things regarding our retail shop, Carrie also helps make sure our tours run smoothly and safely.

Her pet peeves include, people going barefoot in public restrooms, the phrase “the wow factor”, and negative comments about Harry Styles; stop in the shop and ask her about them! 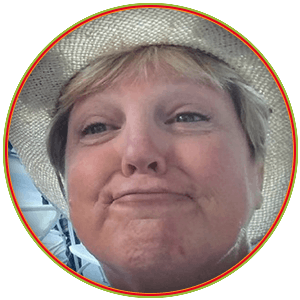 Cindy Sumner has been with Atlanta Movie Tours since the beginning of 2013. From working with the Air Force, to corrections officer, to an assassin and EVP Specialist at Ghost Rider Investigations, Cindy has done it all! One of those may not be true, but you will have to meet her to find out.

Logan Lucky and Diary of a Wimpy Kid helped her to break into the acting world, but even before that, she was brought in as a paranormal consultant for The Conjuring.

Cindy enjoys naps, Netflix, and long walks away from everyone. A lot of the fun stuff in our shop is thanks to Cindy’s creative-ness! 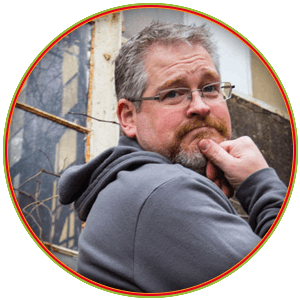 Colin has been in the TV/film industry since 2012 and has worked in over 150 different productions. His experience includes The Vampire Diaries, Term Life, Mockingjay Part 2, The Identical and AMC’s The Walking Dead. Colin has also worked with Stunt teams as a precision driver in a dozen films including Need for Speed, Triple 9, Ant-Man and Baby Driver. Check him out on all of our Big Zombie Tours, Best of Atlanta and Castleberry Hill Backlot Walking Tour! 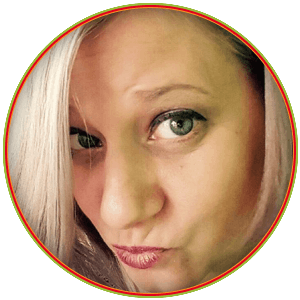 Cindi “Petey” Sudduth is a Yankee who has called the south home for the last 25 years. The most recent stop on her tour of the South is Georgia and even just married the “red backpack dude” of Senoia in the Woodbury Gazebo, and was married by a walker! She formerly worked with Walker Stalker Con and uses Atlanta Movie Tours to fund her massage addiction. Between us, WSC, red backpack dude and living right outside of Woodbury, she has rounded out her complete submersion into all things zombie.